The Lady with the Blessed Mother

The Lady with the Blessed Mother

My name is Ana Rosario Santos. I want to share with you a little bit of the story of how I got to know the Schoenstatt Movement.  In 2002, walking down a hallway at work, my friend Allahí told me: “Would you like to receive a small image of the Blessed Mother who visits homes?” And, Marian as I am, I immediately said yes. That’s how it all began! 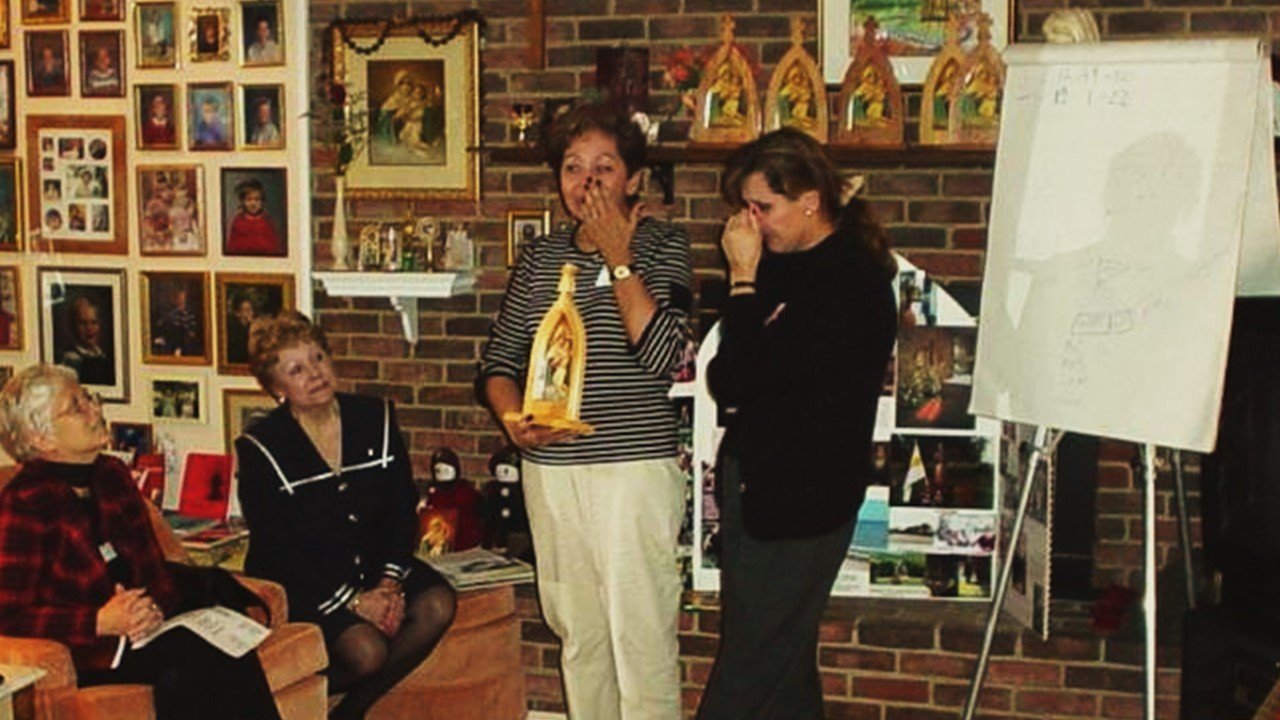 A short time later, after a meeting, Enrique Soros said to me: “Here I have your Pilgrim MTA.”  I told him: “But I have already received her.” He then clarified: “This one is for you; you should find people to receive her.”  Marian as I am, I gave my yes for a second time, and I began to go rotate the Pilgrim MTA.

In 2004, I made my covenant of love in the Shrine of Light in Staten Island, NY.  It was one more step into the Schoenstatt Movement.  When I made my covenant, I felt that the Blessed Mother took possession of my heart and that she was everything to me.

After the covenant, we formed a group of ladies and continued with the spiritual formation.  I remember that we had meetings at the OAS, at the IDB, at PAHO, at the World Bank, and at Francisca’s house. We went everywhere with the Pilgrim MTA; it was very beautiful to see how the Schoenstatt Pilgrim Mother and the Schoenstatt Movement were growing at the same time.

My husband helped me, but he had no interest in getting involved in the Movement.  I remember that in 2007, on my first trip to Germany, before traveling I told him, “I am leaving the Pilgrim MTA here; the only thing I ask of you is to light a candle by her, if you can.”

Well, in Germany I prayed and prayed for my husband in all the shrines I visited. In the meantime, the Blessed Mother was doing her work with my husband. I knew this because when I returned, he showed much interest in knowing everything that had happened on the trip. One day he suddenly said to me, “What can I do to join the Schoenstatt Movement? When you were on the trip the Blessed Mother worked a miracle for me.” This was a sign of how the Blessed Mother that she had heard my prayers. “I also want to feel what you feel,” he said.  You can’t imagine what it meant to me to hear that.  I immediately told him that we could work with couples and that is how the two of us began our growth together in Schoenstatt.  The Movement and the Blessed Mother were his life.  When he got sick the Pilgrim Mother was by his side until the moment he departed from us.

We tried to visit the Shrine in Staten Island whenever it was possible for us. I remember that we would happily go with our Pilgrim MTAs to the Shrine.  My time in Schoenstatt has been as long as I have been involved with the Pilgrim MTA.  Something very nice happened to me in 2015. My cancer returned and I had to have surgery. I took the Pilgrim Mother with me to the hospital. At that time, the Pilgrim MTA was always with me. I remember that when the nurses would refer to me they would talk about “the lady who has the Blessed Mother.” I always smiled when I heard them say this, because I didn’t know if they noticed her or not. The most important apostolate for me was to show them that my faith was great. Having the MTA at my side, I knew this would be taken care of.

Then, when the chemotherapy process began, my daughter would take me to the Cleveland Clinic for the applications. When she would come to pick me up, I would always be carrying my Schoenstatt Pilgrim Mother bag. Upon arrival, the first thing was to put her on the little table where I could see her beautiful face; that gave me a lot of strength to keep going. I would also observe how the nurses would come in and see the image of the Blessed Mother and look at her with much curiosity. I imagine that now when I come for my annual check-ups, after 6 years, they might think: “This is again the lady with the Blessed Mother.” I also think of people who were with me in that process who are gone now.

When I moved to Cleveland, Ohio, in 2014, I brought a Pilgrim MTA with me. I now have 5 of them; I rescued 3 images from relatives who were not circulating them.  In October 2016, when we crowned the Pilgrim MTAs, I invited the Deacon of my parish who came to crown the 2 images that I had with me at that time.  For me it was a blessing because I had just finished my chemotherapy process and it was my way of thanking the Blessed Mother for having accompanied me in this process.

I certainly have beautiful stories about the Pilgrim MTA and our path together, as well as many stories of the special graces the Blessed Mother has given us in our home shrine. There is no doubt that when we give ourselves totally to her, her response to us is the same, but to a much higher degree.  The apostolate that she does through us is the best apostolate. We give on Schoenstatt through our being! 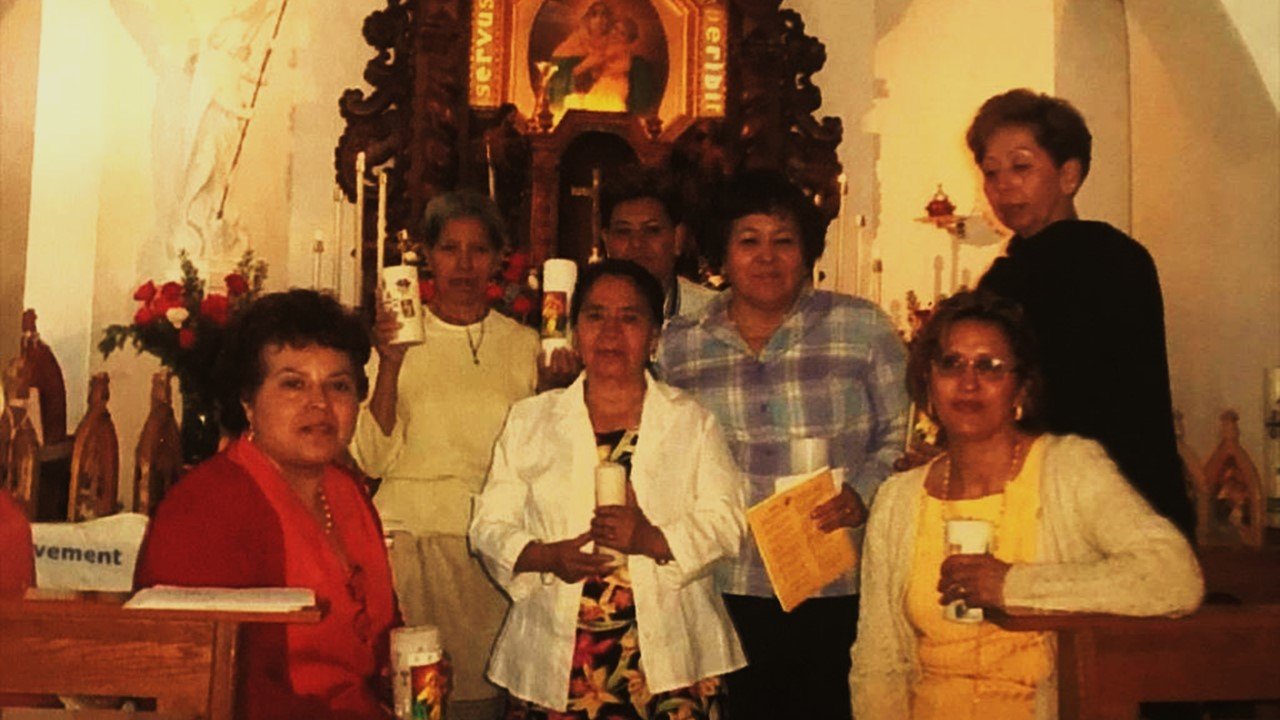