The Blessed Mother did this for me! 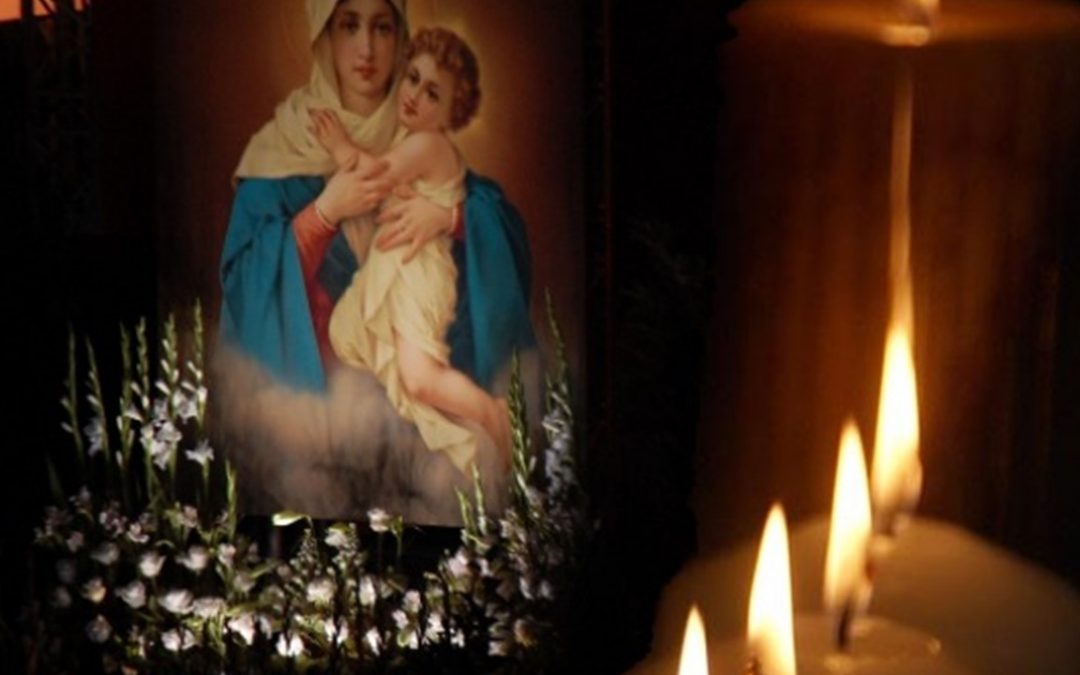 A week before the centennial celebration, the company I had worked with asked me to take a task in Moldova and the flight should stop in Frankfurt. I arrived in Frankfurt alone and took a train on Sunday. I was able to visit the Original Shrine. I was delighted to be there; it was incredible that so shortly before the celebration the company would ask me to make this trip.

After visiting the shrine, I was able to go to Mass and visit the main places in Schoenstatt; I also visited the gift shop. I had limited funds to buy a few souvenirs. I liked the small vigil lights and the larger candles. I wanted to buy 10 vigil lights for each of my siblings and my parents, and two larger candles for me. I didn’t purchase them because I didn’t have enough money.

At 4 pm, I returned to the train station with a taxi. The place was desolate, and I sat underneath the awning to wait for the train. I think the place had a metal roof and some horizontal lines made of wood, probably fastening the metal roof pieces. There was no one, not a soul! I looked to each side to see if anyone was coming, but no one was around. I was a bit scared, but I sat down to wait for the train. At that moment, I looked around and on the wooden slats there were 10 vigil lights and two large candles. Yes, exactly what I had wanted to buy at the gift shop! I was impressed! I looked again in all directions and there was no one there. I thought they had been left for some visitor. But at the same time, I noticed that the candles were not packed but laid out in a row on the wooden slats. There was no shopping wrapper. I was afraid to take them, but I wanted to. I thought: Could it be that the Blessed Mother had sent me the candles I wanted to buy? I waited for a while in case someone came to pick them up, but nothing happened… I decided to take them because I understood that it was not by chance. I took them and immediately the train came, and I returned to Frankfurt. I told my family and they were impressed.