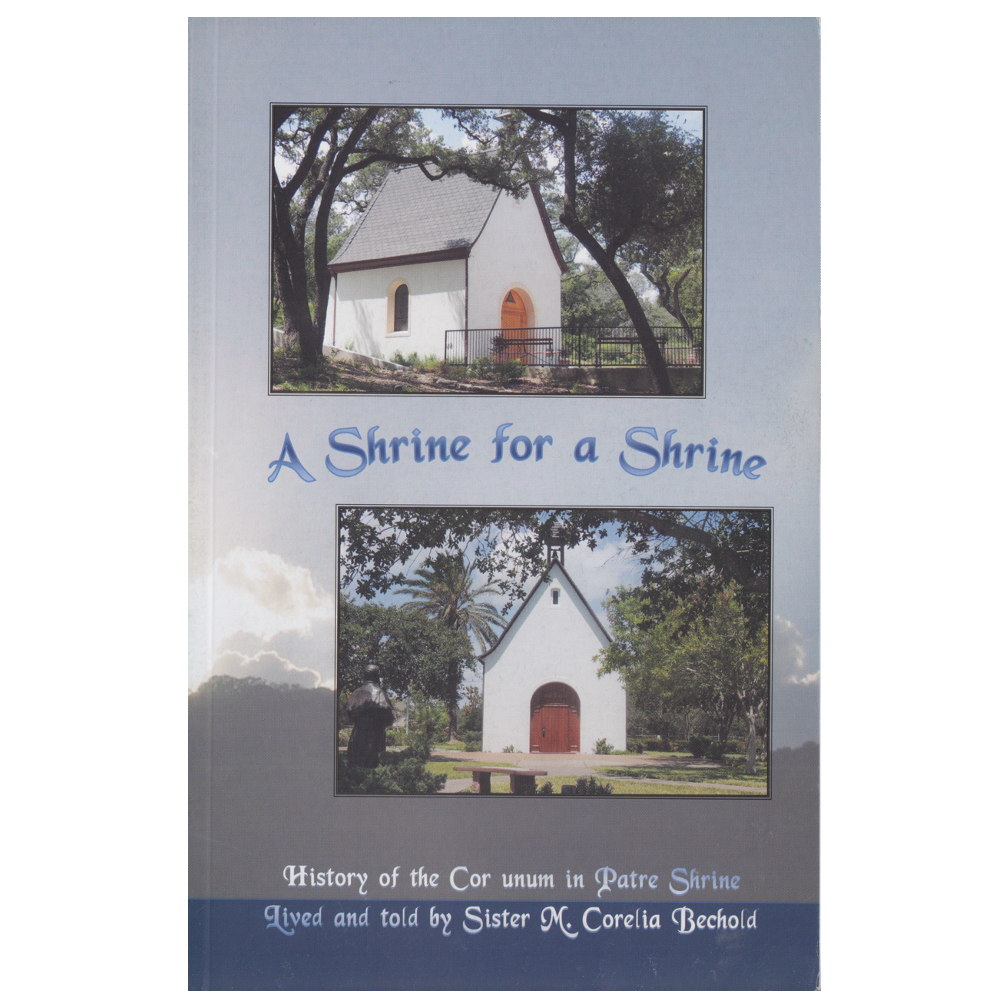 A Shrine for a Shrine

History of the" Cor unum in Patre Shrine", the second Daughter Shrine built in Texas, located in San Antonio. The history of this Shrine was lived and told by Sister M. Corelia Bechold, from southern Germany, who joined the secular Institute of Schoenstatt Sisters and came to Lamar Texas, where the first Daughter Shrine in the state of Texas was built.