Who was John Pozzobon?

John Louis Pozzobon, “the poor pilgrim and deacon” as he liked to refer to himself, was born on December 12, 1904, in Riberao, a small town in southern Brazil. He married at the age of 23. Five years later his wife Teresa died leaving John a widower with two small children. He married a second time, and with Victoria had five more children. In 1947, he became a member of the International Schoenstatt Movement. 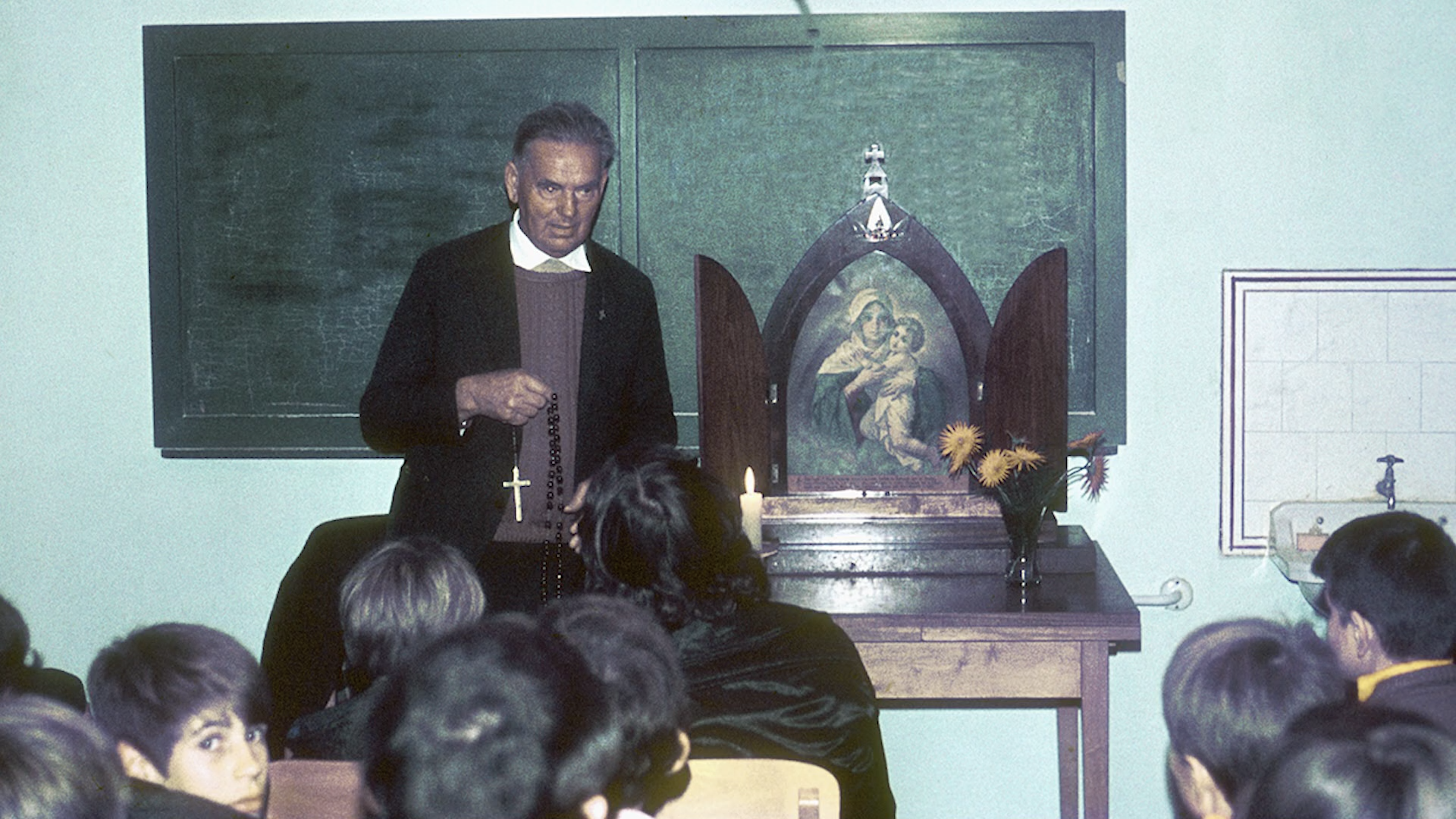 It was in the Holy Year 1950, when Pope Pius XII called all Catholics to come on pilgrimage to Rome. In September of that year, John L. Pozzobon received an image of the Mother Thrice Admirable of Schoenstatt to be circulated in pilgrimage among families and homes in the area. He was commissioned to bring this image to families and to spread the devotion of the Rosary.

He accepted this task as a mission and took the image of the MTA (Mother Thrice Admirable) on pilgrimage for 35 years. Having walked more than 85,000 miles he brought the image of Christ and Mary to families, homes, parishes, schools, and prisons.

The stream of graces from the Schoenstatt Shrine became available to many through what was called the Schoenstatt Rosary Campaign. Through this apostolate he made possible the renewal of families through the intercession of the Mother of God, bringing a new in break of grace and drawing many people back to the Church by forming families into a domestic Church.

As a “little disciple of Father Kentenich,” as he called himself, John reached out to the poor and founded a village for the homeless. He became a deacon in 1972.

On June 27, 1985 God called Deacon John Pozzobon to his eternal home. He was struck and killed by a truck as he made his way to the Shrine and holy Mass. His mission, however, continues. The Schoenstatt Rosary Campaign has gone beyond the borders of Brazil in 1984 and has conquered half the countries in the world by 2004, the centennial of his birth. On December 12, 1994, the Bishop of the Diocese of Santa Maria, Brazil, opened his cause of beatification.

Pozzobon’s pilgrimage began each day with a visit to the Schoenstatt Shrine in Santa Maria and holy Mass. Each day he renewed his covenant of love and received the necessary strength to carry out his mission with zeal.

In his testament he wrote: “I became a little donkey that went about carrying the Mother. … Nobody is deemed unfit for the service of God.”

How was the Servant of God John Luiz Pozzobon related to the Founder of the Schoenstatt Movement?

Watch the Documentary on John Pozzobon

In the life of John Pozzobon we find great inspiration for our life of faith and to live our commitment to help the Church in her task of the new evangelization. The video and the novena you find here will show you the soul’s disposition of John Pozzobon of being a hero today, of not waiting to embrace the challenge of being an active disciple of our Lord, and like Mary, bring Christ into the world.