History of the Pilgrim MTA 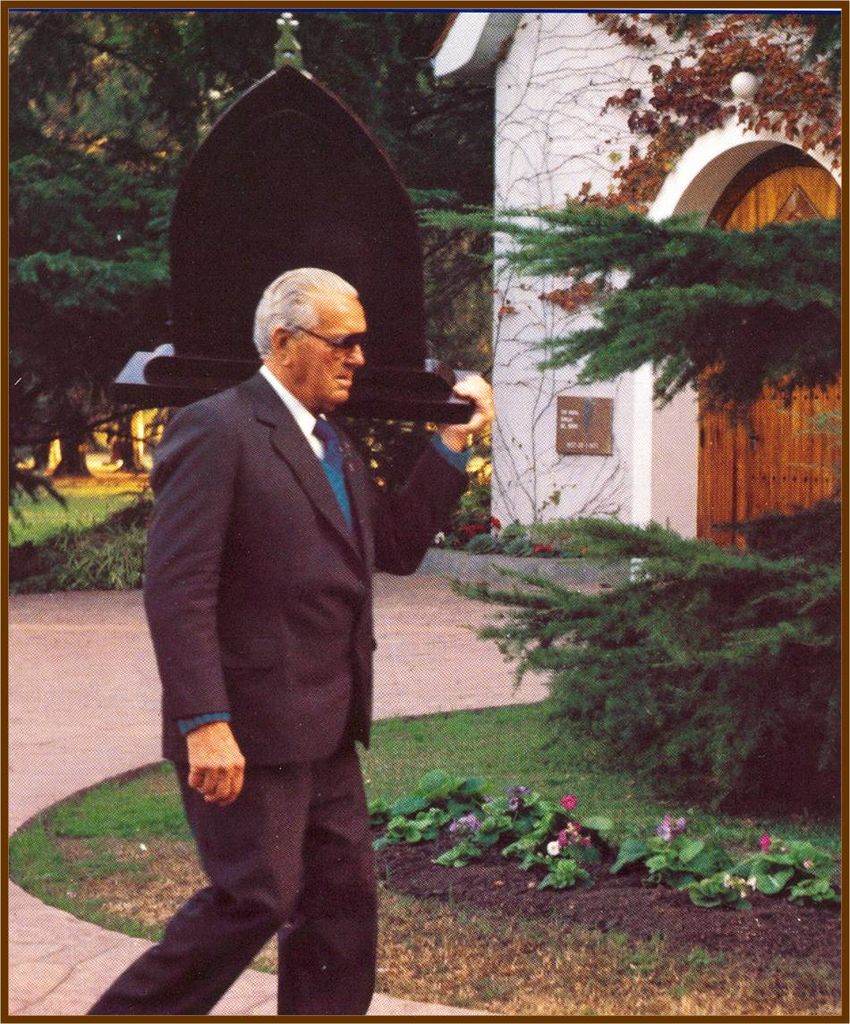 In the Holy Year of 1950, John Pozzobon, a member of the Schoenstatt Movement in Santa Maria, Brazil, received a picture of the Mother Thrice Admirable. It was suggested to him that he take this MTA picture into the homes of many people. He accepted this idea as a holy task and special mission.

For 35 years Pozzobon took the MTA on pilgrimage in Southern Brazil. He walked a total of more than 87,000 miles and brought the picture of our Lady of Schoenstatt to a different family each day. He carried the picture in a shrine-shaped frame weighing over 25 pounds. He went from home to home, into schools, prisons, and hospitals. Pozzobon would gather people together and pray the rosary with them; together they begged for the renewal of families and individuals, for the special pilgrimage graces from the shrine and the picture of grace, and for Mary’s intercession for all their needs. Pozzobon’s pilgrimage began each day with a visit to the Schoenstatt Shrine in Santa Maria and holy Mass. Each day he renewed his covenant of love and received the necessary strength to carry out his mission with zeal.

On June 27, 1985 God called Deacon John Pozzobon to his eternal home. He was struck and killed by a truck as he made his way to the Shrine and holy Mass. His mission, however, continues. The Schoenstatt Rosary Campaign has gone beyond the borders of Brazil in 1984 and has conquered half the countries in the world by 2004, the centennial of his birth. On December 12, 1994, the Bishop of the Diocese of Santa Maria, Brazil, opened his cause of beatification.

How big is the SRC?

Sometimes it boosts our sense of purpose and perspective to look at our endeavors “by the numbers.” By way of comparison, two of the world’s largest service organizations that have weekly meetings are Rotary and Kiwanis. Begun in 1905, Rotary has 1.2 million members in 32,000 clubs in 200 countries. Kiwanis, founded in 1915, has 607,000 members in 8,400 clubs across 96 nations. The U.S. Chamber of Commerce – just the U.S.branch – serves 3 million member companies in 91 countries.

So, how big is SRC? You are one of 14 million members in over one million groups spanning 110 nations of the world. Beyond belonging to a world class organization, you are an important link in something even bigger. Breaking down those numbers further, you are a conduit whose prayers and life example touch many other lives and make a real difference in other peoples’ lives. Your group reinforces each member and keeps a shower of spiritual bouquets raining on our MTA in her important work on earth. Together, we are changing the world, one prayer, one life at a time.             Deb Bertrand, Omaha, NE