The Schoenstatt Rosary Campaign is…

…an apostolate within the Catholic Church, with a modern pastoral method and a specific objective to evangelize families in these new times.  It is part of the Pilgrims’ Movement within Schoenstatt. It reaches out to everyone, promoting Christian values and providing deep encounters with Christ through Mary. 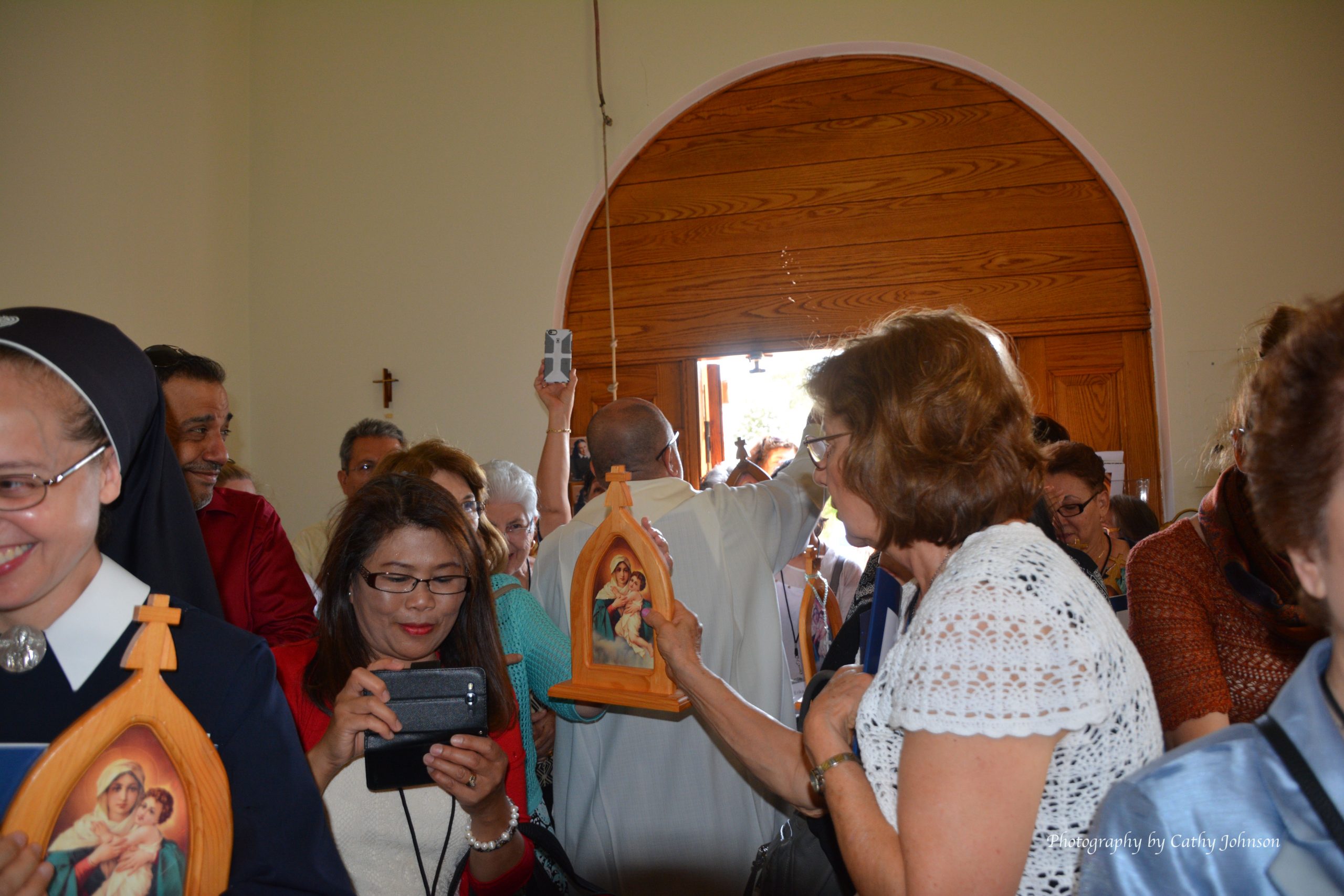 In the strength of the new evangelization, people are sent out from the Schoenstatt Shrine

The image of the Mother Thrice Admirable, Queen and Victress of Schoenstatt rotates every three days among the homes, families or individuals committed to the one particular image. The blessings and graces from the Schoenstatt Shrine are made available to all those who open their homes to Mary. Prayers and reflections are provided to make this possible. This apostolate is supported  by the spirituality and pedagogy of Schoenstatt. Its organization allows both, the missionaries and those who receive the image of Mary to gather regularly or occasionally, as they see fit.

The regular visits of the  Schoenstatt Pilgrim MTA to families, schools, jails, hospices and hospitals gives to this apostolate its unique character.

These visits remind us of three biblical scenes: at the Cross, when John received Mary and took her into his home; at the Visitation, when Mary arrived at the home of Elizabeth, bringing the presence of Christ into that household; and the Cenacle, when the apostles united in prayer with Mary, awaiting the coming of the Holy  Spirit, became apostles for  the world.

A phrase of St. Vincent Pallotti which  expresses the evangelization aspect  of the Pilgrim MTA is:  “She is the Great Missionary; She will work miracles.”

On September 10, 1950 Sister Mary Teresinha Gobbo, a Schoenstatt Sister of Mary, gave Joao a large picture of the Blessed Mother of Schoenstatt to take to the people of the parish, he was supposed to take it to a different house each day to encourage the people to pray the rosary, but he did not have to participate in the prayer. Joao strictly carried out his task to take the picture to the homes. As he began to daily pray the rosary shared with these families, and with each visit of the Blessed Mother, he saw how the hearts of the people were being transformed. This task changed his existence.

At this point, this apostolate has had a profound impact in the hearts of millions of persons in the whole world. As always, God uses the most humble instruments for the greatest tasks. Joao Pozzobon traveled close to 140, 000 kilometers visiting families, hospitals, schools and jails in southern Brazil, carrying the picture he received the first day which weighed 11 kilos on his shoulder, and he also carried a bag with materials for the apostolate which weighed about seven kilos. Nothing could stop him!

He was the father of seven children, and he dedicated himself to his family with remarkable responsibility. His humility was very impressive. He called himself “the Blessed Mother’s little donkey”, because he took the Blessed Mother everywhere, and he had a special preference for the poor people. He went to the houses in the poor neighborhoods, and he founded a villa, helping to build houses for those in miserable or very poor conditions.

In the year 1984, the Apostolic Movement of Schoenstatt was preparing for the centennial celebration of the birth its founder, Father Joseph Kentenich (1885-1968). At that time, there were 99 shrines replicas of the Original Shrine in the whole world. At that point, the Schoenstatt Rosary Campaign had developed especially within Brazil with some 2,570 Pilgrim MTAs that traveled to the homes daily, mainly in the south, where Joao had most actively worked. Between the years 1984 and 1986 it was brought to the USA. The results have been outstanding. Since the first presentation of this apostolate in EWTN in 1993, it is active in all states of the USA. This beautiful mission is coordinated from Waukesha. Its main office can be found in the Father Kentenich Hall of the International Schoenstatt Center.

For further information, you may contact us via email: